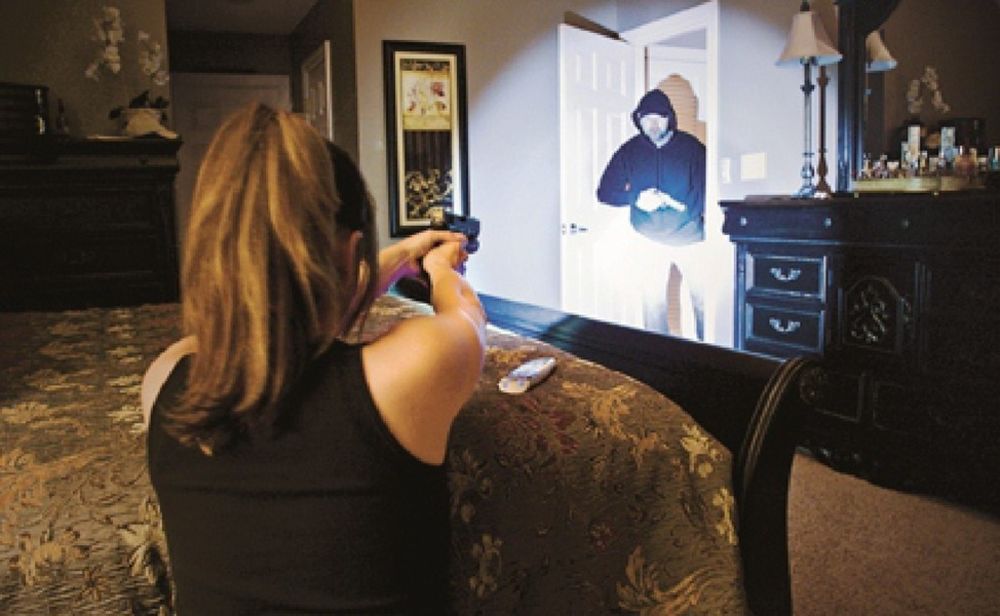 Two robbery suspects were shot by an employee at a cell phone store in the Jeffrey Manor neighborhood on Chicago’s South Side.

The T-Mobile store in the 2000-block of East 95th St. was left riddled with bullet holes. If not for the employee carrying a weapon with a concealed carry license, the manager of the store says he might be telling a different story.

He says two men entered the store and acted like they were shopping for phones for a few minutes, then pulled out guns.

One employee ran to the back to call for help while the other pulled out his own gun and fired at the two suspects. He hit one of them in the groin and the arm, and the other in the abdomen and the arm.

The men ran from the store with the employee chasing them, on the phone giving a description to police.

The suspects then drove to a nearby hospital where police took them into custody.

Neighbors say the cell phone store has been robbed several times in the last month. Ed Brown was working in the salon next door.

“We just started hearing gunshots. At first we couldn’t really tell what it was, but it was coming back to back so we kinda caught on. Everybody hit the floor and just took cover,” Brown said.

Police said the suspects, ages 24 and 35, are listed in serious condition at Stroger Hospital. Witnesses said they don’t believe the suspects ever fired their weapons.