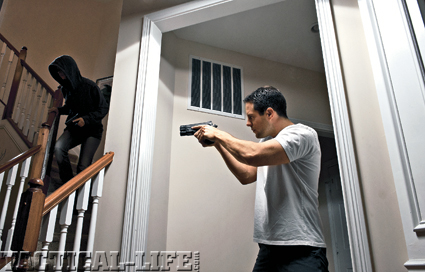 FORT WORTH, Texas – A teenager police say was breaking into a home in Fort Worth was shot and killed this morning by someone living in the house.

Police said they got a call around 8:30 a.m. from a man who lives in the 4000 block of Miami Springs Drive. He said his son had just fired shots at two men who kicked in their door.

Responding officers found one of the suspects dead in a neighbor’s driveway.

The Story Behind Your Last Name Will Surprise YouAncestry

Joshua Tanksley lives across the street and a few houses down from where the burglar fell dead.

“One of his shoes was down there at the light post like he was trying to run and get away… probably collapsed,” Tanksley said, adding that he got up close and it was clear the person did not survive.

The medical examiner has identified the deceased as 16-year-old Kevin Brown. Several people showed up at the scene, where a woman in a red jacket said he was her grandson and did not want to talk on camera.

Police said Brown was inside the family’s house when the homeowner started shooting, but he died in a driveway across from them.

Police said at least one other suspect who was with Brown got away in a black Mazda.